By administratorFebruary 1, 2016Blog, Report
No Comments 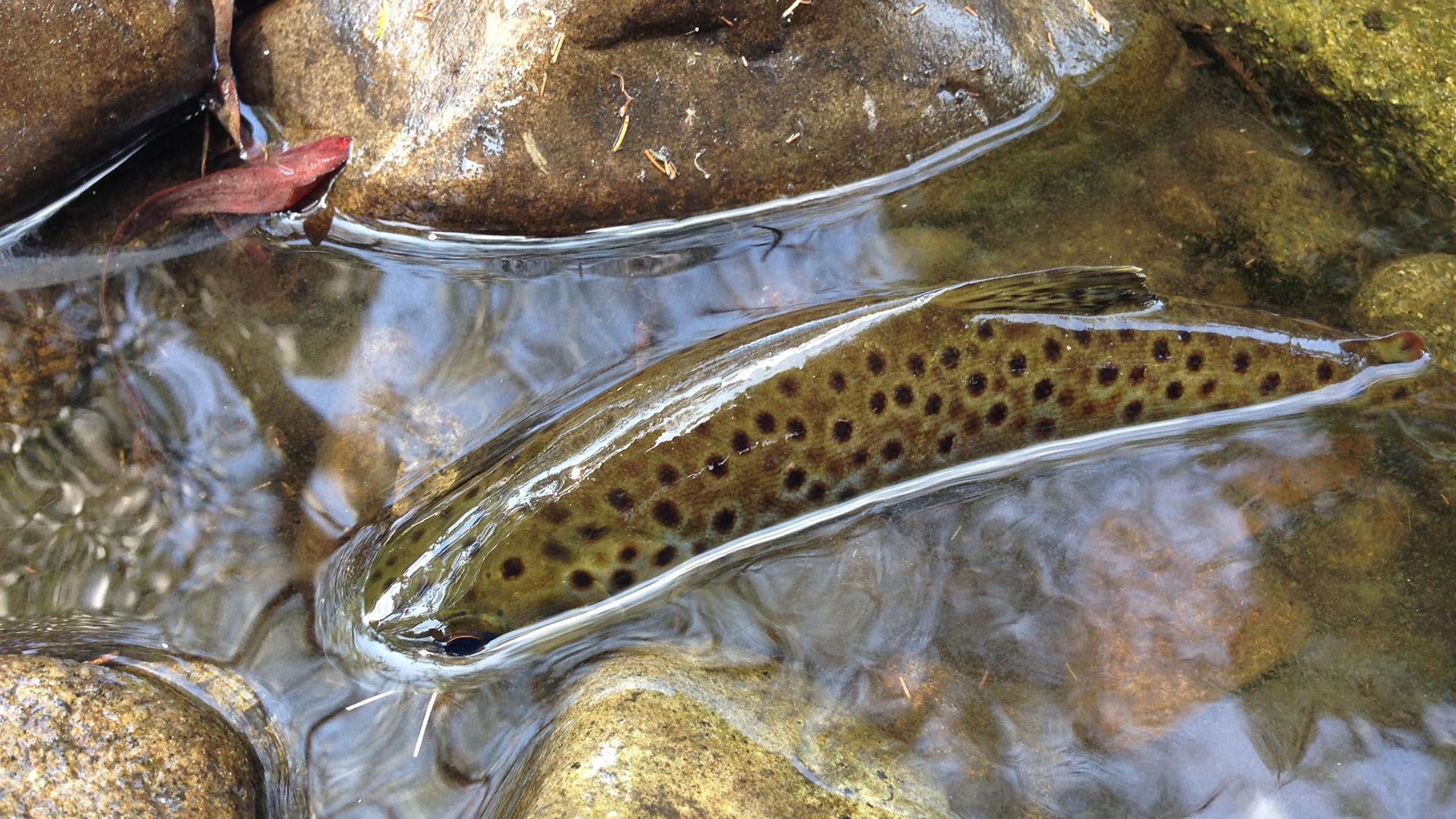 On Australia day, the last day of a four day long weekend, I decided to fish the Steavenson River. Despite the risk that the river had probably had a flogging from anglers of all persuasion, I was excited about the possibility of some good hopper fishing thanks to the recent dry weather. I arrived about midday and parked up at one of the many public access points.

Walking through the dry grass on the way to the river, a myriad of tan hoppers jumped frantically out of the way of my size elevens.
I propped my rod on the paddock fence and scanning my fly box, I selected a rubber-legged hopper roughly the same form and size of the naturals I’d kicked up. I climbed over the fence and dropped into the river, just below the tail of a shady pool. Tapping the fly from the rod ring, I flipped it into shallow tail, and immediately a small trout launched itself on the artificial. I was caught by surprise in the act of pulling line off my reel and missed the strike. A good sign I thought to myself.

Stepping into the quiet edge of the tail of the next pool to position myself for a cast, a couple of small trout spooked off into the main flow. Trout were about, and I needed to be a little more circumspect. Sneaking up to the next pool, I plopped my fly into the edge of the current seam near the tail, and immediately a bow wave surged from the still shallows, metre and a half to the left of my cast, ‘Damn my clumsiness’. The curse had barely escaped my lips when, to my surprise, the bow wave accelerated towards my fly, and it was snaffled by a golden brown snout. My strike was better this time and I soon had him to hand, and released without harm.

As I continued up stream every pool had at least one trout that would have a go at a well presented fly, the majority however were tucked in close to cover; logs, rocks, overhanging branches. There was the odd fish unexpectedly sitting out in the open, which led to me missing the strike on a good fish that rose to my half –hearted offering in a middle of small pool. The better fish were generally all in the hardest to reach spots, but a good cast and drift was always rewarded with a rise. Whilst I managed to hook a couple in the 2 lb range, unfortunately I was not successful in landing them: one wrapped me on a snag so quickly, I can only assume he had done it to anglers before me, and the other escaped when the hook pulled during the battle to keep him out of his favourite snag. The highlight of the day occurred in a deep partly shaded pool that was bisected at its deepest by a big log, which stretched from one bank to the other about 15 cm above the water. I was convinced there would be a trout lurking deep in the shade. I tied on a foam hopper, and cast it within inches of the log, making it land with a distinct plop. It pirouetted in the little eddies on the current edge as it drifted back towards me, yet it remained untouched. I cast again to the same spot, and once more the fly drifted back. My third cast was perfect, I managed to land the hopper in the shadows under the front edge of the log. As it drifted into the light, a golden shape materialised from the depths, lifting its snout ever so slowly as it matched speed with the fly, before gently opening its mouth and sucking it down. I saw this all as if in slow motion which enabled me to time my lift when the trout turned down, setting the hook in the process. A delicious example of text book fly fishing. I never landed this golden flanked brown: as I reached to take the trout in hand, it shook its head and saved me the trouble. I wound in my line and headed back to the car and home satisfied with a fine day’s fishing.