By Chris SchruederSeptember 19, 2019Uncategorized
No Comments 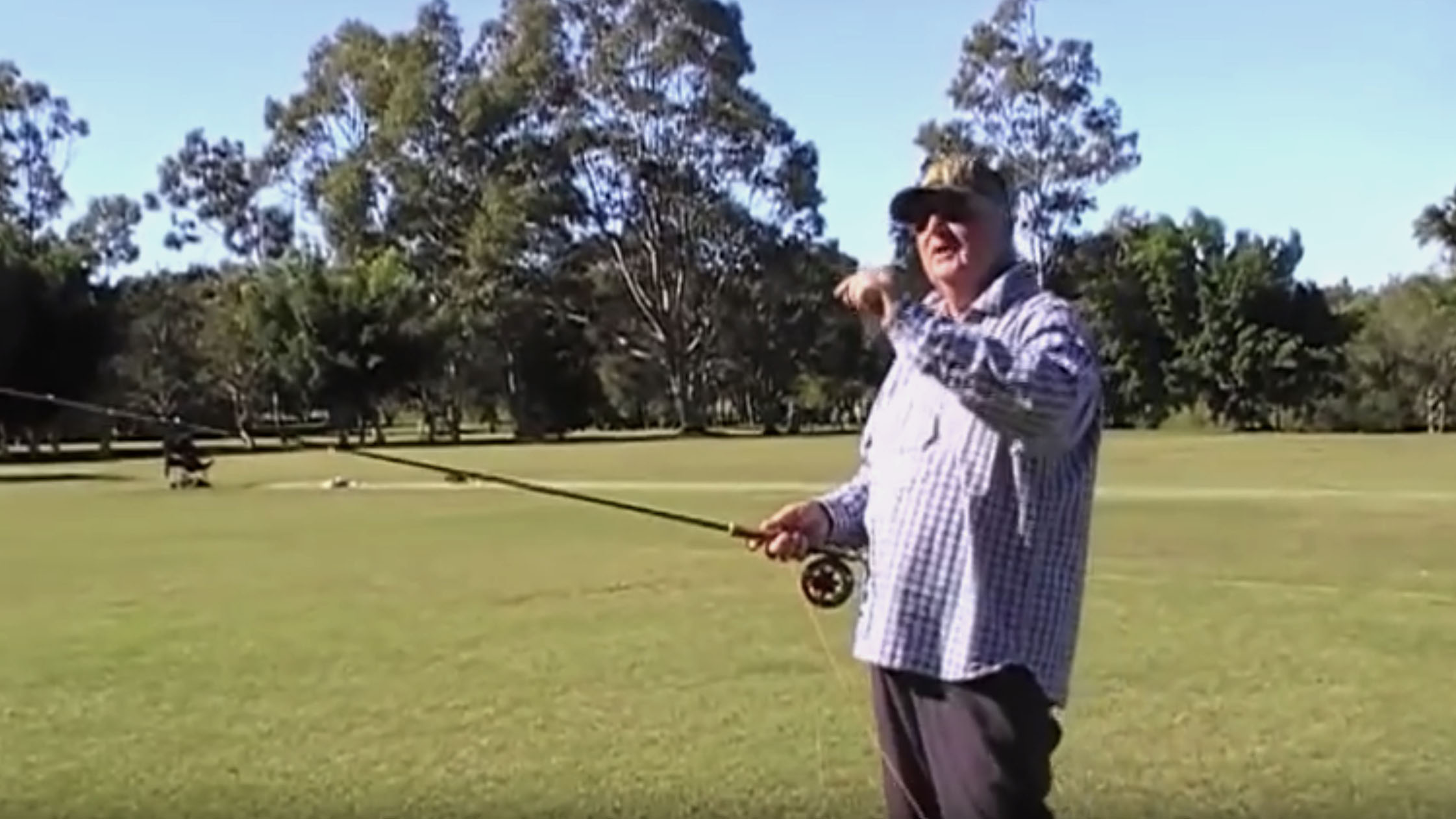 I recently caught up with John after his overall win at the June 2019 Australian Open Fly Casting Championships. He placed first in distance and accuracy casting in the tournament. Without indulging in hagiography it’s fair to say John has a laudable sum of achievements over his long career. He has 24 National Australian Champion of Champions; 1 Gold, 3 Silver, 4 Bronze medals in World Championships; 2 gold, 1 Silver,1 Bronze in Commonwealth Championships.

The Club has been most fortunate to have a Fly Caster of John’s knowledge and teaching experience to take part in our casting clinics.

He first started fishing, without catching anything, using spinners on the Goulburn with his Dad at age 11. After once noticing an older gentleman catching several trout up stream he enquired after his success and was shown the art and technique of fly fishing. This resulted in John catching fish, eventually becoming fascinated and absorbed in the sport, and subsequently the skills of tournament casting.

John’s stories demonstrate his attitude: when invited, at short notice, as a guest of hosts with Royal connections to attend a Casting Championship in Wales, he arrived (with his wife and luggage) in a little Blue 4cylinder Austin and tracksuit to mix with the Tweed jackets and Plus Fours in Daimlers and Jaguars – and won!  Heading to a competition with a group that included surf casters, they were rescued in a transport strike by the Australian High Commissioner’s wife sending her chauffer, who tied the 16ft surf rods on the roof of the four door Daimler with ties to front and rear bumper and through the rear door windows, causing no end of surprise in London traffic.

ACTIVITIES FOR JANUARY 2022 POSTPONED DUE TO COVID