By administratorApril 19, 2017Blog, Report
No Comments 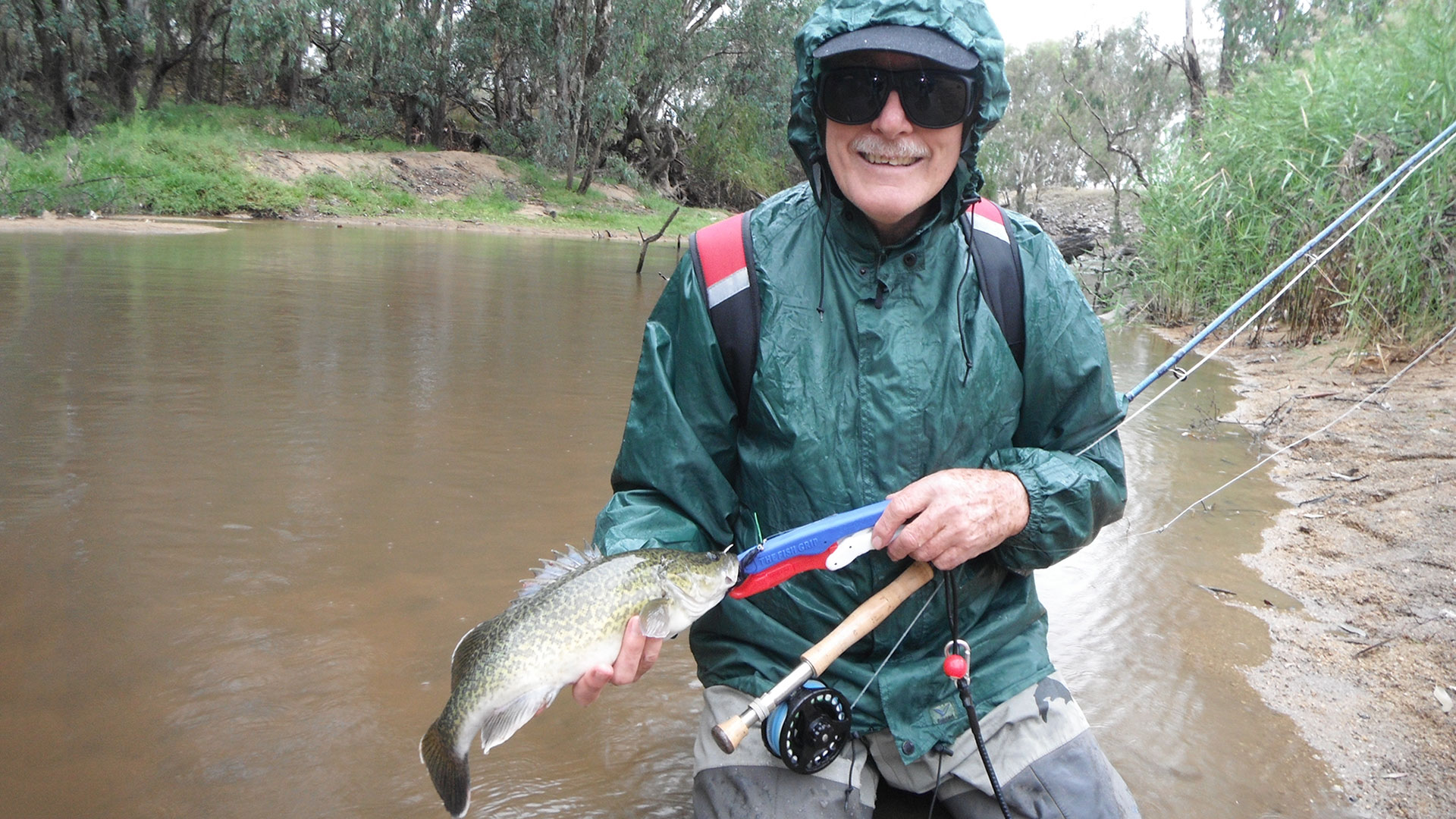 It was time to lead the club out on our annual native fly trip once again with our summer coming to an end. Flies were tied, leaders changed and gear checked in preparedness for the trip but our Murray Cod’s feeding habits mean that we’d need to be on the water at first light so the camping gear was also organised.

I camped by myself that night and met the two Robs at day break then went on to meet Michael so that he could follow me to our destination. I opted to teach Michael how to fly fish for the elusive Murray cod and to say this is different from trout fly fishing is an understatement, big flies, heavy leaders and stiff fly rods were the order of the day.

A few tips on casting and retrieves had Michael going through the motions but he soon understood that the timber where the cod lives is a great trap for wayward flies.
I pointed to a likely spot and instructed Michael to put his fly there and this was followed by a hit and trouty strike but no hook up. We left our cod there and fished the pool below him and revisited him a few minutes later. The hit came on queue and Michael’s strip strike hooked his first cod. A quick fight and obligatory happy snaps had the cod swimming home safely. Michael then went on to hook and land his second cod a few minutes later before we called it a day. The two Robs were not having any luck but we did get a picture sent to us when we were having a bite to eat. A carp was spotted cast too, hooked and landed. It was a worthy fight and the stats showed it to be 76cm long and 12lb. Not a bad effort and goes to show that carp will take cod flies, even if tied on a 5/0 hook. Michael called it a day so I spent the later part of the afternoon with the two Robs but the weather had really turned foul by then. I changed from the cod snack to the same fly with a tail to be rewarded with two hits but no hook up. This is the reason why the cod snack is my go too fly as it seldom gets short strikes.

We’d all had enough by 4.30 pm and headed back in light rain. A quick change and we were on our way for what was a 2 ½ hour in the pouring rain. I can say I slept well that night while Michael dreamt of the cod he’d landed.